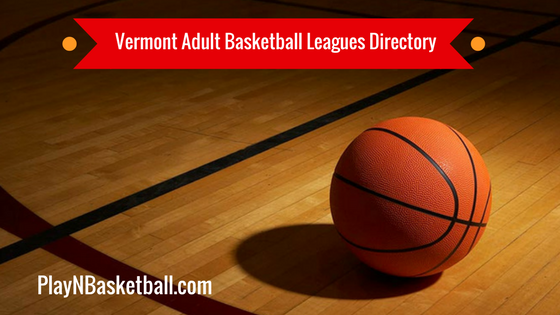 Vermont Adult Basketball Leagues Near Me, Plus Pickup Games and Tournaments

{{Privy:Embed campaign=281497}}
Find the best adult basketball leagues, courts, pickup games and tournaments in the state of Vermont for men and women. Below is the most up-to-date list for 2021 Fall, Winter, Spring and Summer, indoor and outdoor recreational basketball leagues, pickup games and tournaments, arranged from the highest to least populated cities and towns in VT.

Play N Basketball brings together the competitive and recreational local basketball community of independent and city run leagues and pickups in one list (in alphabetical order), so that it’s easy to find a game of hoops, the best courts, tourneys or basketball leagues near you in Vermont.